ByFuad Oyeneye May 9, 2022
Share PostShare on FacebookShare on TwitterShare by EmailSend Link 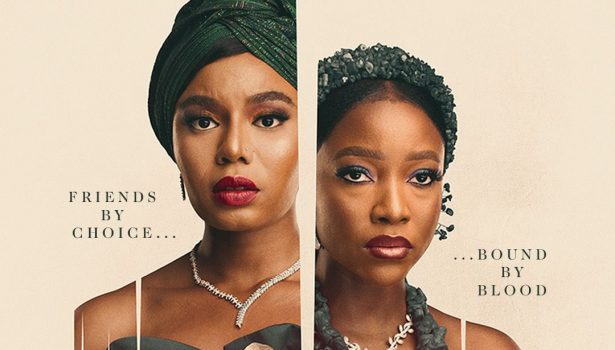 “Blood Sisters” follows best friends Sarah (Ini Dima Okojie) and Kemi (Nancy Isime) as they prepare for the former’s extravagant wedding in Lagos, Nigeria’s largest city. The groom Kola’s (Deyemi Okanlawon) aggressive tendencies towards Sarah ruin what should be a beautiful day, and when she tries to call off the wedding, her family forces her to remain in order to sustain their businesses.

Nollywood has been flourishing over many years — it’s the second largest film industry in the world after Hollywood — but a genuinely global, popular blockbuster in the vein of a “Squid Game” or “Money Heist” has eluded it thus far.

For a long time, it’s been distilled down to a preference for localized stories that couldn’t easily be broadcast outside of Nigeria, mixed with low production values. But that’s about to change as Nigerian storytelling reaches out to a wider audience and streaming platforms like Netflix invest in premium content from the country’s finest producers.

However, the happy day turns into a nightmare when Kemi sees Kola abusing her and accidently kills him while defending her buddy – all only minutes before the wedding.

The show delivers us a genuine representation of Nigerian culture while still conveying a very universal story, with an irresistible blend of melodrama, dark comedy, and social satire. Women’s rights and domestic abuse are still prevalent global issues, as evidenced by this week’s headlines.

Mo Abudu, being one Africa’s most powerful media moguls, built EbonyLife, an upscale Black TV network she started in 2013, into a large media empire that has generated over 5,000 hours of original material, including “The Wedding Party,” one of Nigeria’s highest-grossing films of all time (2016).

She has a multi-title deal with Netflix, a first-look arrangement with Sony Pictures Television, and a development deal with BBC Studios. AMC, Jada Pinkett Smith and Will Smith’s Westbrook Studios, and Will Packer Productions are all working on projects with her.

“Blood Sisters,” on the other hand, feels like a type of graduation for her production company, EbonyLife Studios. According to Abudu, Netflix was instrumental in reshaping her team’s original 13-part concept into a four-part limited series.

“The issues are universal — you’re dealing with domestic abuse, broken families — but it’s something we’ve take

It would be a crime not to notice the complete cast’s outstanding acting abilities. Nancy Isime and Ini-Dinma had incredible chemistry as they illustrated what true friendship means. Kate Henshaw also excels in the character of the nasty and cruel mother, delivering a number of scathing lines. Genoveva Umeh, the breakout performer, plays a convincing heroin addict sent to rehab who fails to recognize a mother’s love.

Deyemi Okanlawon, Ramsey Nouah, Kehinde Bankole, and Gabriel Afolayan, among others, did an excellent job in their parts.

The cinematography is particularly excellent, with the production team capturing magnificent vistas that are representative of Nigeria. The series succeeds in providing a true view of the country, from high-brow districts to locations like Makoko.

The characters’ outfits stood out as well, since the designer chose to create eye-catching pieces that reflected the characters’ personalities to some level.

There’s also a respectable examination of topics like physical abuse and homicide, which are still contentious topics in society.

The filmmakers used storytelling to provide additional light on abuse victims from the perspective of Sarah and Kola’s ex-girlfriend.

Friendship, familial importance, class, and the ambition for power were all reoccurring themes in the series.

Finally, the stunts were not what one would anticipate from a Nollywood production. They were well-executed, and they kept me on the edge of my seat.