HOW TIK TOK IS CHANGING THE MUSIC INDUSTRY

TikTok has become the No.1 platform to blow up your music and become a sensation around the world with choreographed routines, or just people being cute or funny with your song in the background.

TikTok has been responsible for bringing back old songs that date back as far as the 80s and 90s to the present day and making it a trend. The younger demographic (Gen Z) has fully embraced the platform, and it seems the power of getting your songs trending now lies in the hands of TikTok users. 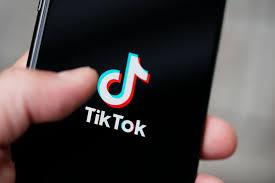 Nigerian artist Ckay, had one of the biggest comebacks of all time, thanks to TikTok blowing up his hit song, Love Nwantiti and making him one of the most streamed artists in the world with over 1 billion streams on Spotify.

Now, music companies are targeting the platform and making the TikTok viral moment a criteria for new music to be released by their artists. Many of these singers have reached out to their social media pages to call out their record labels for putting such criteria over their music. American singer Halsey, called out her record label for not letting her put out new music until she can make a TikTok viral moment before releasing her song. This strategy has low-key become the driving force in the music industry due to the power TikTok holds and the role it plays in getting music streams and viral moments for artists.

She created a video on TikTok with her unreleased music in the background and texts on the screen saying “Basically I have a song that I love and I wanna release ASAP but my record label won’t let me,”

She continued saying “I’ve been in this industry for eight years and I’ve sold over 165 million records and my record company is saying I can’t release [the song] unless they can fake a viral moment on TikTok.”

After this video went viral on TikTok, other artists such as Charli XCX, Florence + Machine and others have joined Halsey to speak up against their record labels making them get a viral moment before their songs can be released.

How long before every record label adopts this strategy and make artists a slave to the TikTok viral moment? And would this become the new normal in music?

Read Also: The Cavemen – A New Kind Of National Treasure