On a yellow runway built in a way to mimic a child’s toy racetrack, erected in the heart of Cour Carrée of the Louvre in Paris, Louis Vuitton presented their Spring 2023 collection. The show started off with a Live Marching band performance from Florida A&M University. Shortly after the band performance, models began to make their way down the runway with Kendrick Lamar sitting front row of the show while rapping tracks from his recent album “Mr Morales and The Big Steppers” and paying tribute to Virgil Abloh with several lyrics remixed in the song. #LongLiveVirgil 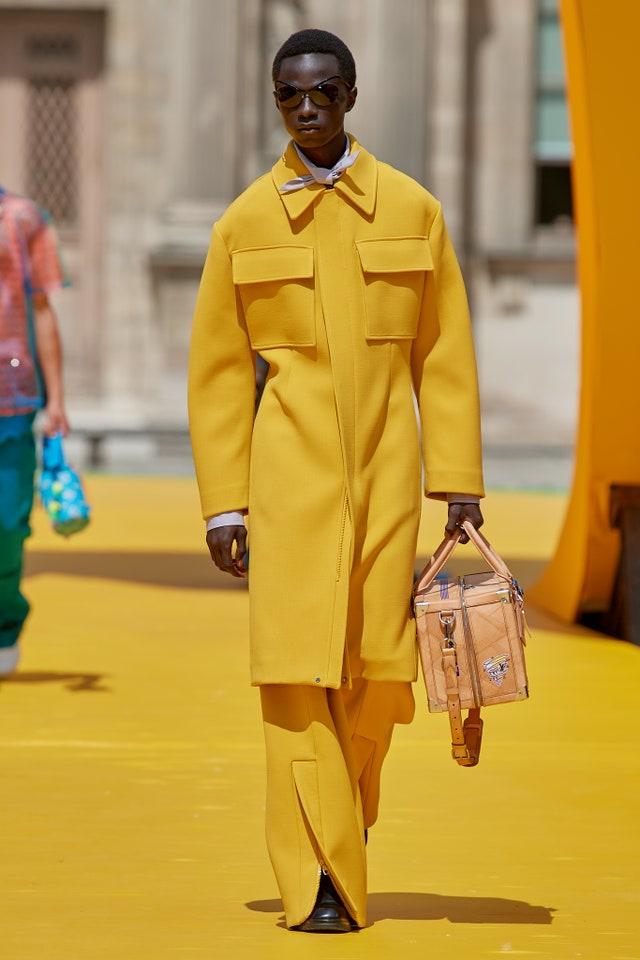 It was a star studded show with many celebrities in attendance such as Supermodel Naomi Campbell, Luka Sabbat, Tyga, J Balvin, Justin Timberlake, and Jessica Biel who came to show their support and pay tribute to Virgil.

The Spring Collection featured lots of exaggerated Silhouettes, the famous Louis Vuitton Monogram, and a series of Monochromatic eye catching suits ranging from Green, Blue, Yellow and Grey. Very bold print pieces also made an appearance on the runway. 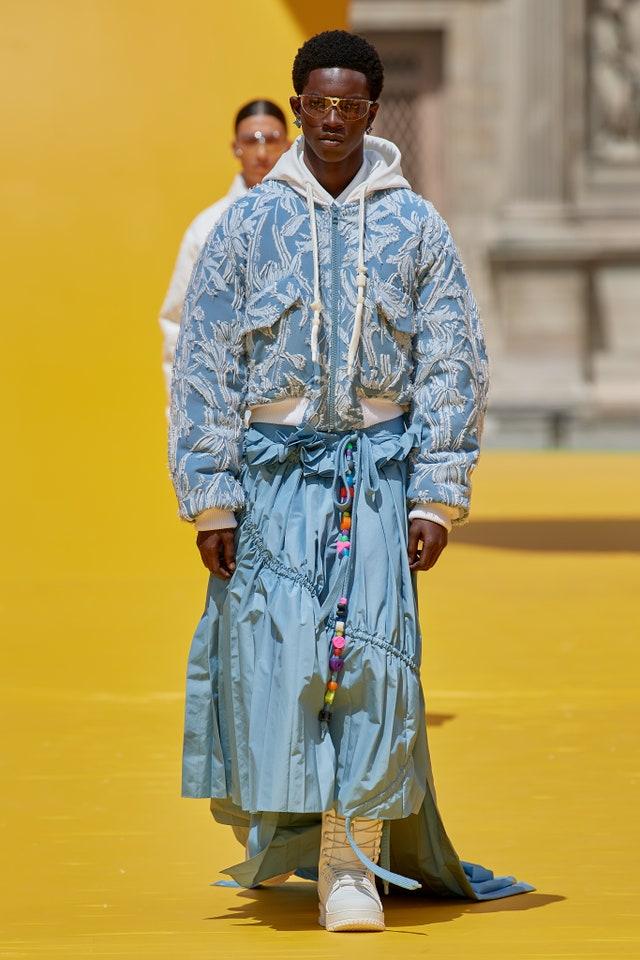 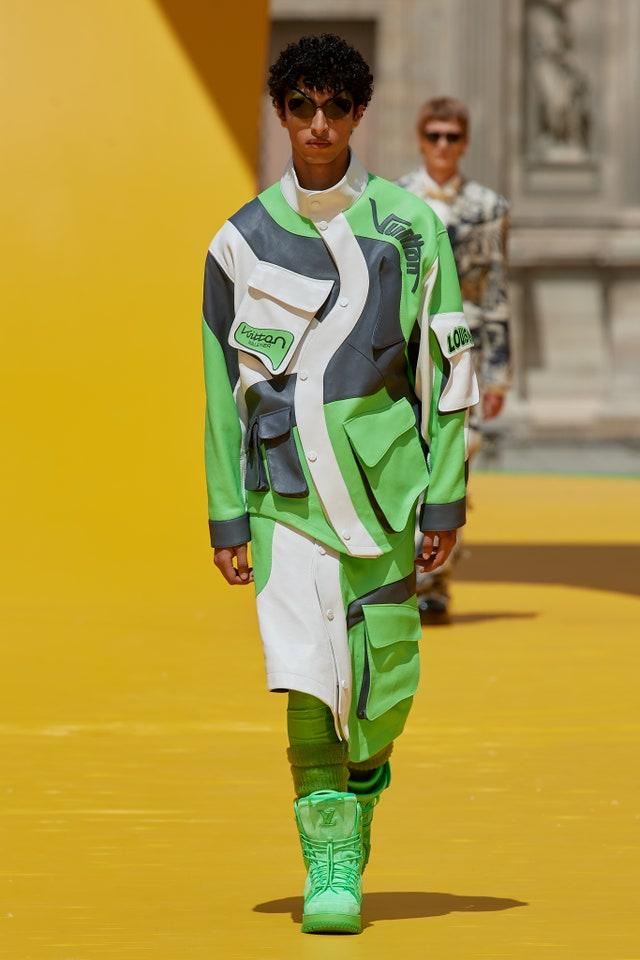 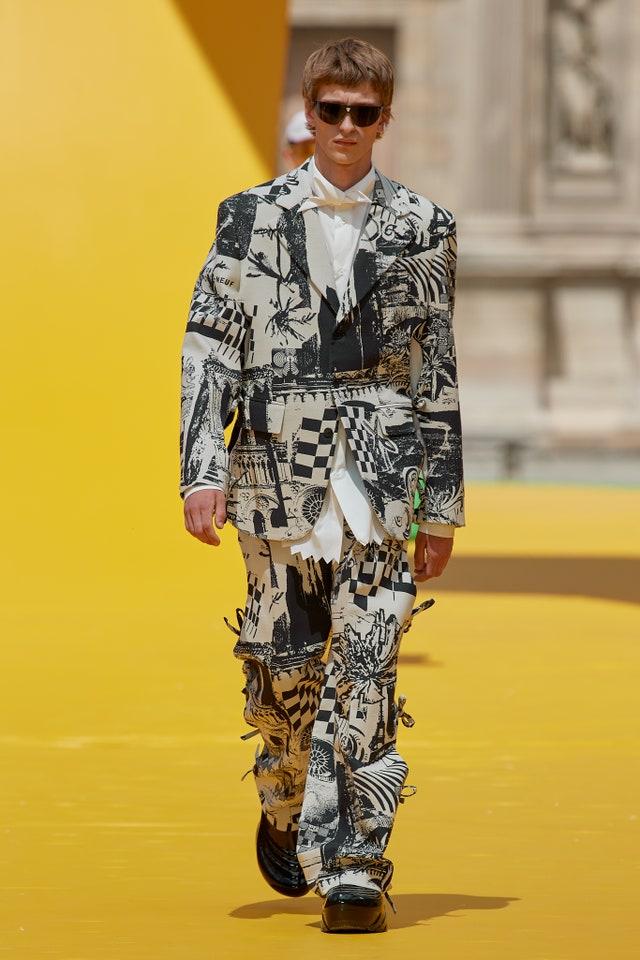 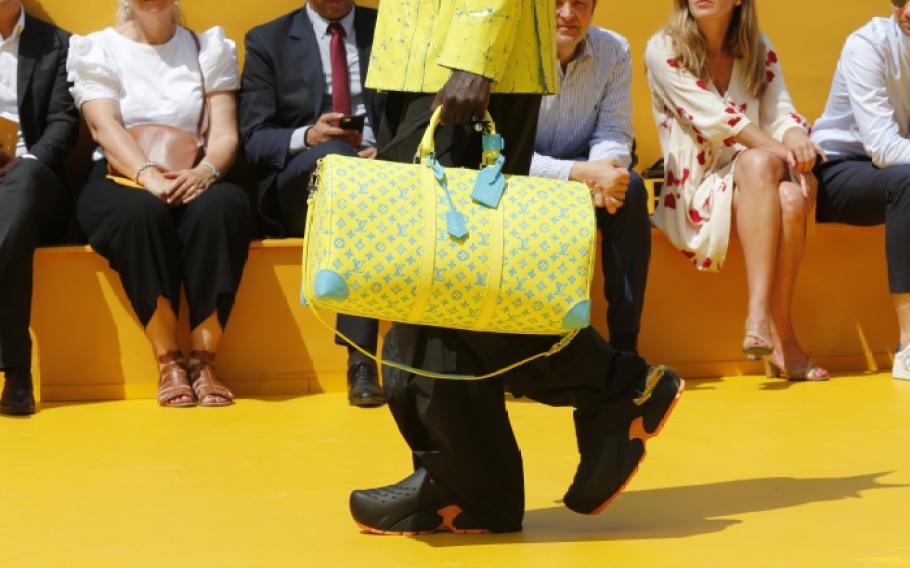 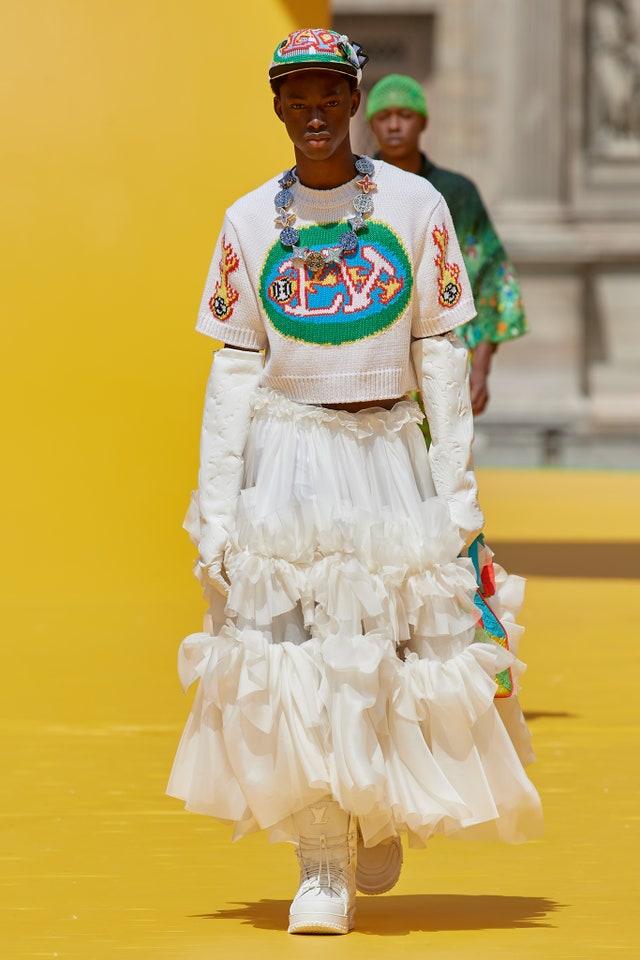 At the end of the show, staff who worked long hours alongside Virgil Abloh for years, and were also responsible for the collection showcased,  made their way down the runway with gratitude.