Top 5 buildings with insane designs in the world

There is always something about the good structural layout of buildings that seems to captivate the minds and sight of people all the time. Most famous buildings are based on the ideology, creativity and an insightful embodiment of the mind and world of an architect.

Sometimes, these buildings communicate the history behind its making. The world has come to understand how luxurious and artistic a building can be structured, but what people have failed to grasp is that these buildings are illusions and imaginations from the minds of people.

History has proven that architectural designs of buildings, helps to represent an ideology of what the buildings are made for, some of these buildings turn out to be iconic tourist reserves that communicates to its audience a story about the mindset of their ancestors.

Think of this list as a peek into the minds of people that tell history through craft. Each of these buildings identify with many things, some are known for their high cultural history, some have to do with religion, others their architectural designs. Minds like Frank Lloyd Wright and of course Antoni Gaudí, were responsible for making some of these magnificent structures. Their impressive view and taste of art is perceived as both iconic and inspirational. Here, we take you through the exciting list of the best architectural designs ever made.

The Burj khalìfah as it’s also spelt, is a magnificent skyscraper building located in Dubai. This building took over 6 years to get completed, it was named after the president of the neighboring Emirate of Abu Dhabi, Sheikh khalìfah ibn zãyid Ãl Nahyãn, which was used to honor him.

This magnificent piece of work was designed by the American architectural firms Skidmore and Owings & Merrill, of Chicago. The building was made to house different  businesses in a luxurious setting, ranging from the luxurious hotel residence designed by Giorgio Armani, to the commercial and aiding ventures. This building also holds the title in the Guinness book of record for the world tallest building. 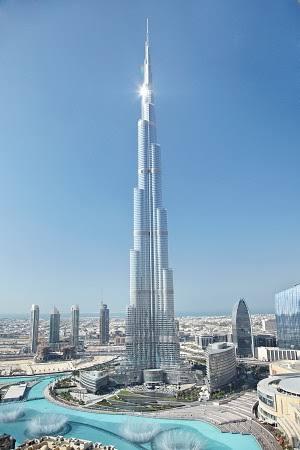 Seats de Seville( the mushrooms of Seville) previously known as Metropol Parasol, is one of the world’s largest wooden buildings. The name was coined from its look, springing up from the ground, with 5 floors, this building took the shape of an enormous mushroom.

Its magnificent look gave it the recognition it required to attain the position of the new contemporary urban center at the plaza de la Encarnacion, made by a German architect J.Mayer. The enormous interlaced timber canopy building was a step taken to redevelop the plaza de la Encarnacion. The construction of the building took the architects six years to complete, from 2005-2011. 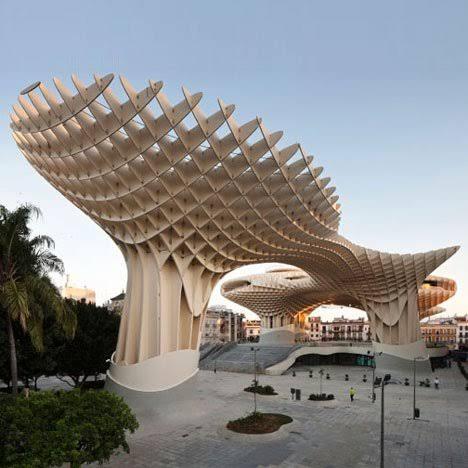 Renzo Piano, an Italian architect designed the structure to serve as a multifunctional complex which comprises workspaces, restaurant, residential area and also a hotel. With a framework that consists of a well angled glass façade and a height of over 306 meters, the Shard offers a breathtaking view of London over 40 miles. 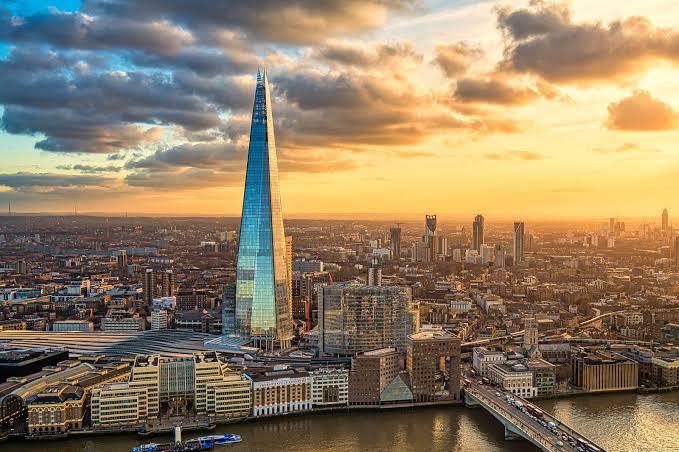 A building consisting of 8 towers all linked together by a number of multi-functional sky bridges, is a sight that proves the 21st century is undergoing an enormous urban development. This project was made with the purpose of providing an urban space so porous that it is open to the public from every side.

Steven Holl, the architect, designed the building so as to allow a free flowing and interactive environment  where everyone carries out their business freely. In order to treat the misconception behind high-paid residence or estates, wide & open passages were built at the ground level. This wide space gave rise to a lot of commercial activities like stores, restaurants and even learning institutions. 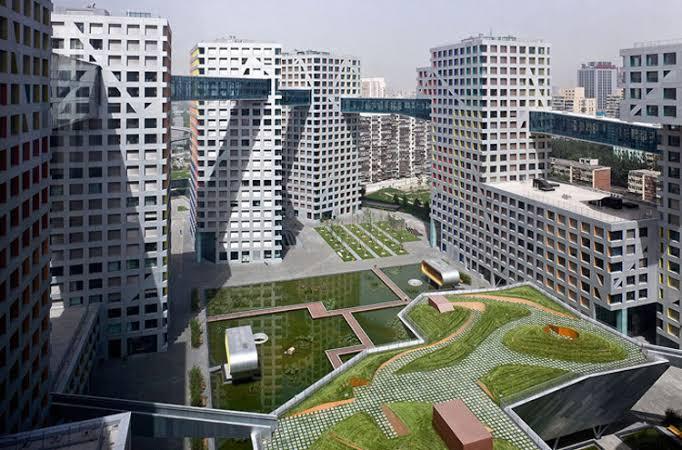 1. GARDENS BY THE BAY, SINGAPORE

Gardens by the bay is a huge, colorful park situated in the bay area of Singapore. With the help of its most famous feature, “the super tree structure” it provides an overview of the garden, with an impressive count of over 200 species of plants and flowers.

It possesses a large seashell shaped greenhouse that acts as coolers, regulating the temperature of the garden at given times. Covering as much as 250 acres of land, with up to 50 million visitors daily, the Garden by the Bay is the largest botanical garden ever made.

The Garden by the bay was intended to be Singapore’s urban outdoor recreational space; it was first announced by the prime minister at Singapore’s National Day Rally, in 2005. The garden was made with the intention of improving the quality of living by properly taking care of the vegetation. 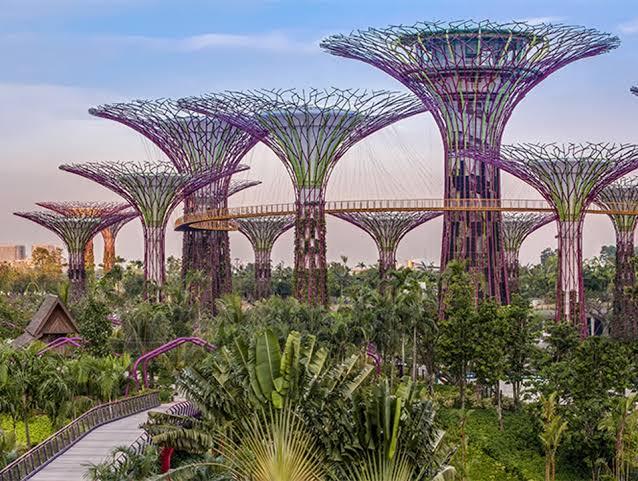