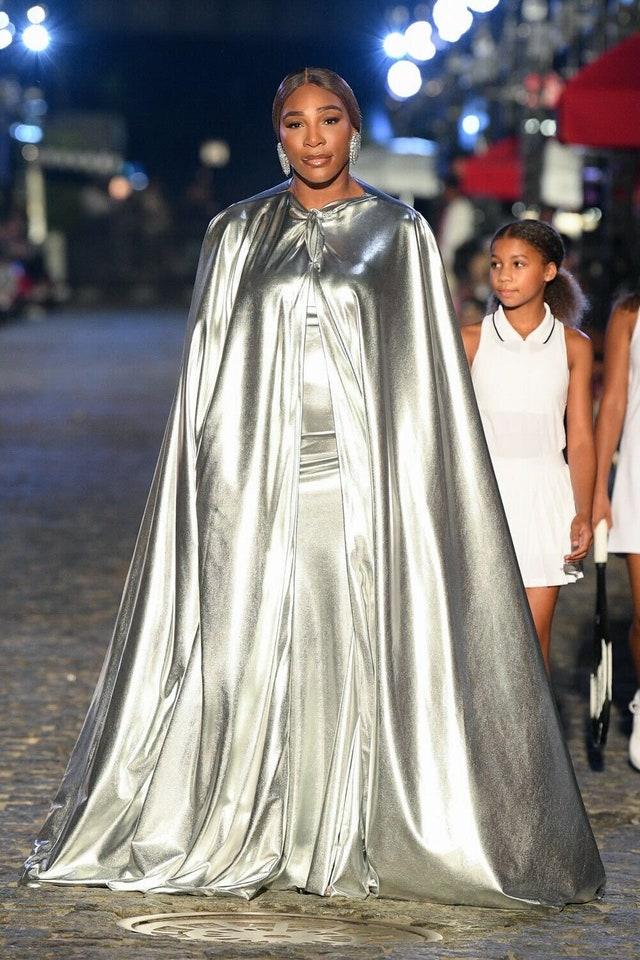 Serena Williams opened the runway show in a metallic Balenciaga cape dress, alongside four ball girls who wore white, accompanying the Tennis Legend down the runway. As Serena walked the runway, a recording of her voice from an interview with NBC about her 2000 Wimbledon match played in the background saying,  “I want people to remember me as the girl who changed tennis or just was able to bring something new to the game.”

Serena Williams has, and will always be an integral part of the fashion world both on and off the court. She has changed the idea of what a tennis outfit should look like, broken bounds with her on the court looks, like wearing a brightly colored Nike catsuit and a tutu with a one sleeved top designed by the late Virgil Abloh during a tennis match, and let’s not forget how she wore Nike sneakers with a Yellow dress to the 2019 MET GALA. She is an ICON.

Shortly after Serena Williams opened the show, BMX riders in Louis Vuitton, runners, dancers, and popping wheelies all stormed the runway in style and led the other models and special guests walking the show. Brooklyn Beckham and his new wife Nicola Peltz Beckham made their runway debut during the show, Bella and Gigi Hadid also made their way down the runway with a usual powerful strut, and also rocking a metallic Balenciaga dress.

And finally, the cover star of the Vogue World September issue, Lil Nas X closed the show with an amazing performance of his hit song “Industry Baby.”